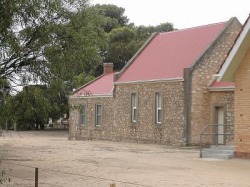 NOTICE is hereby given that the trustees of the public cemetery, situated on part of section No. 464, hundred of Clinton, to be
denominaied the " Clinton Centre Cemetery," have appointed Mr. Zachariah Williams to be curator of the said cemetery.
September 14th, 1888.
D. S. WYLIE, Trustee.